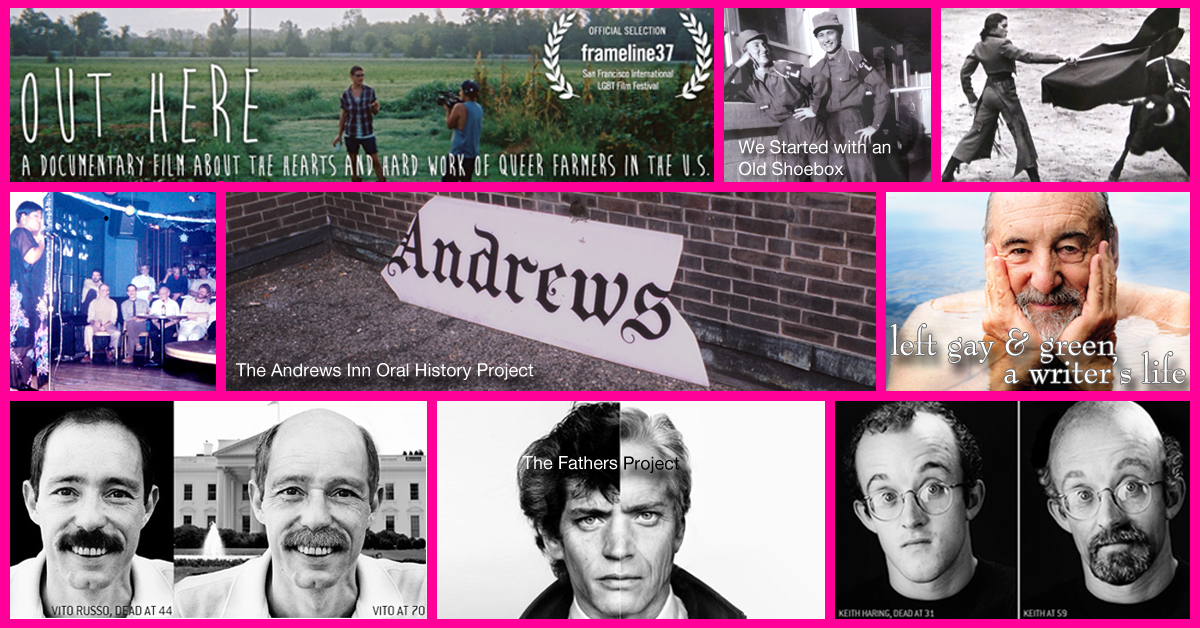 Author Allen Young will be reading an excerpt from his new book, “left gay & green, a writer’s life” on the day of his 77th birthday, so join us for birthday cake during intermission and to wish Allen a happy birthday!

We are proud to be presenting the theatrical premiere of “The Fathers Project” from filmmaker Leo Herrera, which imagines what the world might be like today, had AIDS never happened.

An official selection at the Frameline Film Festival, “Out Here” is a documentary about the hearts and hard work of queer farmers in the United States made by local Green Mountain Crossroads board member, Jonah Mossberg.

Spearheaded by Green Mountain Crossroads Executive Director, HB Lozito, is an oral history project about The Andrew’s Inn, which was a gay disco, bar, hotel, restaurant, co-counseling site, and community space on the Square in downtown Bellows Falls, Vermont from 1973-1984.

Above is just a sampling of the films that will be screening at this year’s Vermont LGBT Short Film Festival. Those films and others will be screened on June 30th with a pride cake and sparkling cider intermission.