CineSLAM has now opened up the early application period for its Film Slam Seminars.

The seminars take place aboard the beautiful Celebrity Summit, an ocean cruise liner, as part of the Pride of the Ocean Film Festival (June 10th to 17th, 2012). 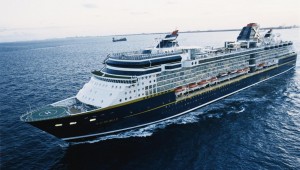 CineSLAM is partnering with Pride of the Ocean to host a unique opportunity for filmmakers. Six to ten filmmakers will be chosen to participate in the Kopkind/CID CineSLAM Film Slam Seminars aboard the Celebrity Summit, an ocean cruise liner, as part of the Third Annual Pride of the Ocean Film Festival. You will receive targeted feedback on your work in progress from other talented filmmakers on a week-long cruise to Bermuda (June 10th to 17th, 2012).

All accepted filmmakers will have their short shown during the CineSLAM Film Festival in June and are eligible for the Chessie Award: Best Short at CineSLAM. The Chessie Award is a $250 cash prize to the maker of the winning film. The winning filmmaker will also be invited to present his or her film aboard the Pride of the Ocean Film Festival the following year. This year we are pleased to invite the 2011 Chessie Award Winner, Jonathan Lisecki, and his short “Gayby”. Jonathan has now finished production on turning his short film into a feature.

The deadline for application to the Film Slam Seminars is January 1, 2012.

To apply for the Film Slam Seminars, click here.