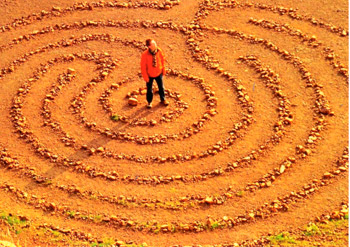 A compelling, candid, interwoven documentary exploring the
filmmaker’s relationship with his mother and how it is changing and
evolving as he transitions genders. 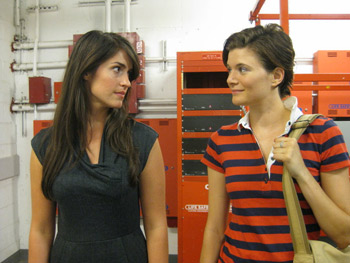 Justine, a seemingly calm and collected businesswoman,
inexplicably awakens in an industrial storage room. Suddenly she’s
relying on curious and ever-stoned Andie to get her out of it. As
they wind through whitewashed corridors, secrets come to light
– along with a peculiar tie between the two seemingly lost ladies.
Fortunately, luscious connections can form in scenarios with the
right price tag. 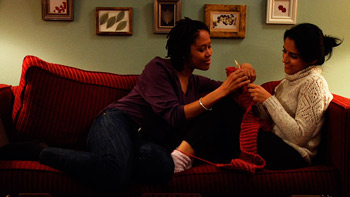 An invitation to your ex-girlfriend’s wedding. Presided over by
your ex-husband. ‘Til death do you part with your past? 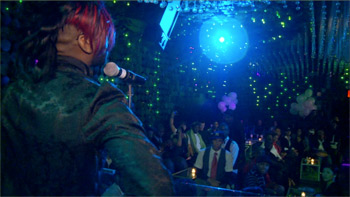 A documentary that examines the complicated, combative, and
overlapping histories of the African-American and GLBTQ civil rights
movements.

A short drama about African-American composer Billy Strayhorn
and the personal and professional consequences of his decision to
live as an openly gay man within the homophobic jazz milieu of the
1940s. 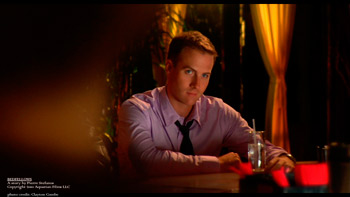 Narrated in the style of an old children’s fairy tale, but set
against the modern-day backdrop of New York, “Bedfellows”
follows the adventure of twenty-something Bobby as he returns to
the gay bar where his heart was broken for the first time. Upon
meeting and spending the night with an attractive stranger named
Jonathan, Bobby dreams about what a lifetime relationship with
him could be like. The dream takes us on a thirty year journey of
ups and downs in life and love. But what will happen when Bobby
wakes up to reality in the morning?

THE QUEEN | directed by Christina Choe 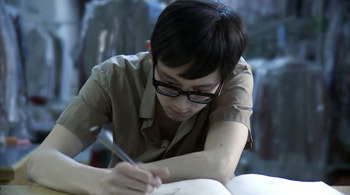 Bobby, a Korean-American teenage outcast, is working at his
parents’ dry cleaners on prom weekend. When the prom queen
and her boyfriend stop by with their dress and tuxedo, Bobby
creates his own night to remember.

Join us after the screening at 9PM for the Pride Dance! At the Brattleboro American Legion Hall.

ON THE BUS | directed by Aaron Chan 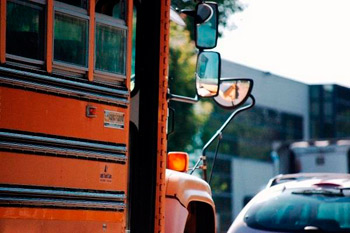 Teenage years include such joys as bullies, conforming, and
raging hormones. For Jeremy, the escape to all this is in his
imagination, where he fantasizes about conversations with his
crush, Sean. But when he loses control of something completely in
his mind, he also realizes what he should do. 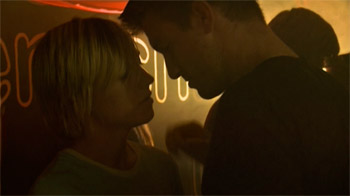 16 year old son has finished his exams with his mum’s blessing
and is allowed to celebrate with his best girlfriend in a gay
nightclub. Seduced by the music and atmosphere he finds himself
in a situation that will have ramifications for the rest of his life.

In early 2010, Chatroulette.com, a website that allows people
to meet other online strangers via webcam, became an internet
sensation. Gaysharktank.com is a film about the first gay site told
through the interactions of 25 strangers looking for love, lust, and
other things you might look for on a random gay video chat. 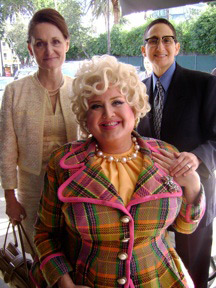 A restaurant. A necktie. A line at the Ladies Room. Peeing
should never be so problematic. 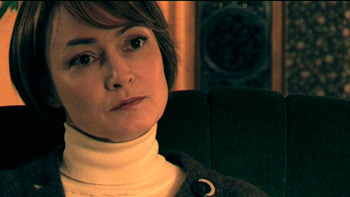 German couple Petra and Kerstin are spending another
unpleasant session with their counselor when a power failure and
natural body functions bring them closer together. 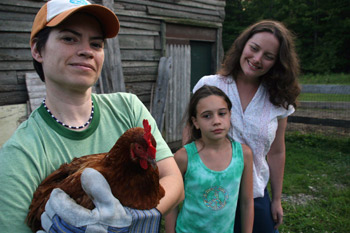 Raised by her two moms, Hanna has always known that there
are all types of families. But she’s never really thought about the
logistics of it all until her friend Marco explains the process of
creating chicks from eggs. Soon after, an educational trip through
cyberspace has Hanna asking, “who’s MY rooster?”

GAYBY | directed by Jonathan Lisecki | Winner of the 2011 Chessie Award! 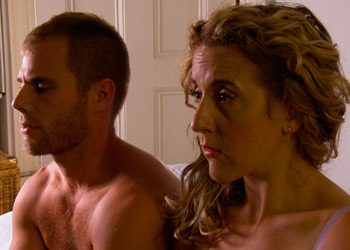 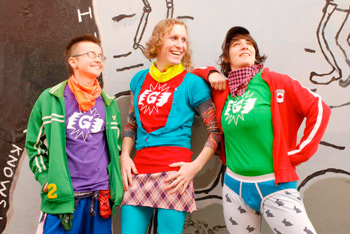 In their fight for the Gender Evolution, the Genderbusters drive
around resolving the gender-binary dilemmas of folks all over San
Francisco. 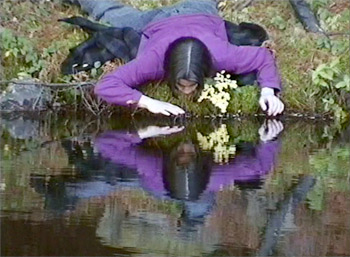 The water remembers every face it has ever held.

VOICES FROM THE 2009 YOUNG FARMERS CONFERENCE | directed by Ian McPherson 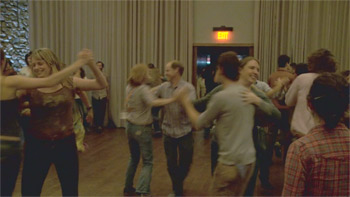 The experience of working in sustainable agriculture is
narrated by a group of people who organize and attend the
second annual Young Farmers Conference at the Stone Barns
Center for Food & Agriculture in New York. 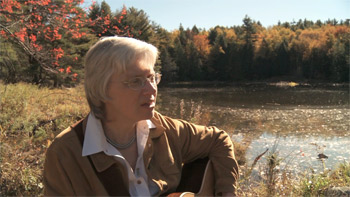 Bullycide, suicide as a result of bullying, is brought to life in this
music video loosely based upon the death of an 11-year-old boy
who was tormented by his schoolmates. The vivid imagery and
emotional impact make it a great educational tool for schools and
organizations working to address this issue. Filmed on location
in southeastern Vermont at the height of autumn, Oh Bully follows
singer/songwriter Linq, beginning in the Hooker Dunham Theater in
Brattleboro, then followed by several spectacular outdoor scenes,
showcasing the autumn foliage and stone walls that Vermont is
so well known for. Linq was named OUTstanding OUTMusician at
the 7th Annual OUTMusic Awards held on May 23, 2011, at Irving
Plaza in NYC. More info at linqmusic.com.

THE FIRE THIS TIME (trailer) | directed by Blair Doroshwalther 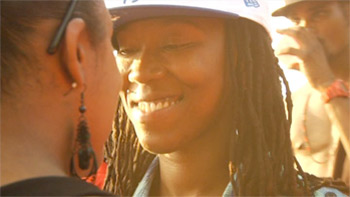 On a hot summer evening in the gay-friendly West Village
neighborhood of New York City, seven young women from New
Jersey were verbally threatened and physically attacked by a
twenty-nine-year-old man. In a not uncommon travesty of justice,
the New Jersey Seven, as they came to be called, were sent to
prison for defending themselves. The Fire This Time tells the story
of the seven women’s trial and prison sentences, and the yearslong
fight by relatives and activists to get the women released.
Along the way, the film reveals in devastating detail how the media,
homophobia, and racism all work together in American culture to
stigmatize and victimize gay people of color.

TELL ME A MEMORY | directed by Jon Bryant Crawford 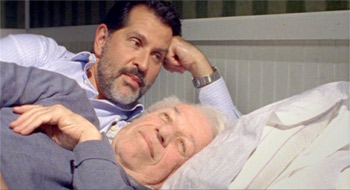 A film about Jack, a man who fell in love with an older man
named Finny. What seems to be the standard forgetfulness of age,
becomes something more serious. Finny has Alzheimer’s and as
the disease develops, it threatens the long term loving relationship
between the two men. Not only does Jack battle the pressure of
slowly losing his partner, but he must also reconcile the closeted
nature of their relationship. Jack patiently tries to connect with
Finny, one last time, and they embark on a surreal journey.

THERE’S NO HOLE IN MY HEAD | directed by Alison Segar 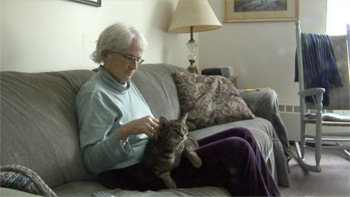 In 2007, aged 54, Abby Hale was diagnosed with early onset
of Alzheimer’s. As a mom, medical practitioner, and lesbian, Abby
eloquently shares with grace and insight what she has both gained
and lost as a result of this harsh and cruel disease. This film
allows us a rare glimpse into a world that is becoming increasingly
common in our society, but is rarely discussed in such an honest
and open way. 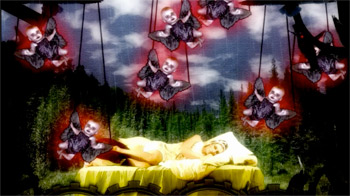 A big-hearted transvestite embarks on a perilous journey to
obtain the nuclear family featured in his tattered Home & Garden
magazines.

Stick around after the last short for a delicious barbecue and a live musical performance by Linq!