We have an impressive list of filmmakers for our 2012 CineSLAM Film Slam Seminars! We are excited to be partnering with the Pride of the Ocean film festival in hosting our Film Slam Seminars on board the Celebrity Summit.

Pride of the Ocean is a 7-day film festival on the high seas! En route from NY to Bermuda, it is truly a unique experience. To find out more, visit PrideoftheOcean.com.

Below are the 2012 CineSLAM Film Slam participants, and a little about each of them. Join them on the cruise this June 10th to 17th!

Cheryl Furjanic is an award-winning filmmaker who has been teaching documentary production at New York University for over a decade. Her short documentary and fiction films, which range in length from 30 seconds to 13 minutes, have screened at 100+ festivals worldwide and on television. Her first feature documentary – Sync or Swim (2008) – received numerous awards, including a Billie Award for Journalism from the Women’s Sports Foundation, and is now available on DVD and iTunes. Cheryl holds a BFA in Film & Television Production from NYU’s prestigious Tisch School of the Arts and a Masters degree from NYU’s Interactive Telecommunications Program. When she’s not making films, Cheryl researches audience relationships and fandom in fiction television.

Kareem has made short music documentaries for the syndicated show Hip Hop Nation: Notes from the Underground; and has written and directed the short Narrative film Float that has won 5 international awards. Most recently he has completed a documentary version of I Am Not A Dummy, and the feature film Children Of God that has won 17 awards, and is currently airing on SHOWTIME and the family comedy Wind Jammers. Kareem currently has a slate of three films in development.

Matt Paco is a producer at IN THE LIFE and MTV Networks. He currently writes and produces for Get Schooled, an MTV-sponsored initiative that’s focused on motivating young people to take control of their education, graduate from high school, and go on to college. Matt used to oversee MTV’s “You Hear It First” program which helped to break artists such as Kanye West, Paramore, My Chemical Romance, and The Jonas Brothers amongst others. He has also produced for MTV’s 10 ON TOP, MTV News, as well as Nickelodeon’s “The Big Help” pro-social campaign. In 2004, Matt received a Beacon Award for “MTV News: At War With Iraq.” He is a graduate of the University of Virginia, where he founded The Serpentine Society, UVA’s LGBT alumni organization. He currently lives in New York City with his partner and French Bulldog. 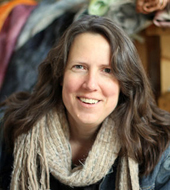 Becky Lane is an independent filmmaker and founder of Nice Girl Films, a small woman-centered production company with footprints in both Ithaca, NY, and New York City. Her first short, “Hens & Chicks,” has traveled to over 50 film festivals worldwide, garnering great acclaim and awards, including Best Short Film Audience Award in both Rochester and Barcelona. She initially trained as an actor, though it soon became apparent that her interests, skills and versatility were a perfect match for directing. She enjoys bringing her vision to fruition through artistic collaboration, and is currently developing a feature-length film and an episodic dramatic series for production in 2012. She holds a Ph.D. from the University of Iowa.

Randall is the Executive Director of SocialScope Productions, a Chicago-based non-profit production company creating LGBTQ and gender-related documentaries. SocialScope’s primary project is producing the 50Faggots online series, which Randall began in 2005 as his first documentary. The series’ first hour-long webisode debuted in May 2010 and has already traveled to over 14 U.S. cities, including headlining the 2011 MBLGTACC Conference. Since seventeen years old, Randall has received national awards for his leadership and work with young LGBTQ people, homeless and at-risk youth, and addressing the juvenile legal system and media’s impact on queer lives. He was featured as a speaker at the National ACLU Membership Conference in Washington D.C. in 2003, on The Oprah Show’s “Growing Up Gay” episode in 2006, and awarded the “Youth Impact Award” by the National Youth Advocacy Coalition in 2007. Recently, his research creating 50Faggots was recognized by the Association for Queer Anthropology as “outstanding anthropological work.” 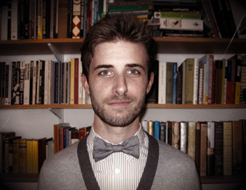 Ryan Logan is the award-winning director of the short film “The Single Mother” which reached over 40 festivals throughout the world (Including major festivals, museums, and university screenings in London, Milan, Toronto, Rio de Janeiro, Palm Springs, Boston, and Chicago), and his second short, “The Widow”, is currently on the circuit (Rhode Island Intl., DC Shorts, and NEWFILMMAKERS LA). His first film won him nominations for the Iris Prize, Utah Short Film of the Year, Best LGBT Short Film at the Barcelona International Gay & Lesbian Film Festival, and won the 1st Place Alternative Spirit Award at the 2009 Rhode Island International Film Festival. He also had the pleasure of attending and screening both films on the 2011 Pride of the Ocean cruise. 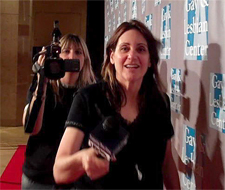 Renee Sotile and Mary Jo Godges are a two-dyke documentary team that tackles every aspect of filmmaking, from pre-production through post and distribution. Renee, a two-time Emmy-winning news photographer, and Mary Jo, who began her career in radio programming and music production, combined their talents in 2000 to create Traipsing Thru Films, Inc. They produced the musical/comedy Dykes & Their Dogs, Lesbian Fashion?, Divas Breaking Taboos, Bessie, Billie & Ruth, Texas Bullshit!, Michelle or Hillary and their new short The Oldest LESBIAN in the World!. Their first “mainstream” feature, Christa McAuliffe: Reach for the Stars, aired on CNN Presents. While Bessie, Billie & Ruth aired during Black History Month. Sotile and Godges are also making their mark filming red carpet interviews for on-line LGBT magazines and bloggers, including LGBTPOV.com and FrontiersLA.com, and have been tagged “red carpet experts” by SheWired. 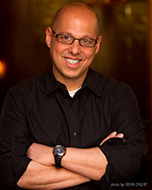 He gained valuable production experience on such films as “The Fisher King” and “Star Trek V” before working with Cruise/Wagner Productions as Head of Production and as Associate Producer on the film, “Mission: Impossible”.

Mr. Calciano produced the independent films “Slaughter Cove”, “Dead in the Water”, “Vince Neil’s Rocktails”, “Girls, Girls, Girls” and “Coming Out”, as well as “The Concert Series” for Jessica Simpson and Macy Gray.

He produced a reality TV series for Infinity Broadcasting UAE in Dubai titled, “The Hydra Executives”, an English-speaking spin-off of “The Apprentice” shot entirely in the Middle East. In addition, he has produced and directed hundreds of hours of reality television in the United States for E!,G4, NBC, HGTV and other networks.

The hit romantic comedy “Is It Just Me?” was his first feature film effort as producer, writer and director. The film was an official selection of over 40 international film festivals and received several honors and awards.

Recently Mr. Calciano has created a popular, sexy web series, “Steam Room Stories,” which is viewed around the world on its own YouTube channel and has garnered almost 6 million viewers to date.

Mr. Calciano’s newest film, “eCupid”, was inspired by classic 1980s films like “Splash” and “Big.” It stars the screen legend Morgan Fairchild and TV veteran John Callahan (“All My Children”), along with a cast of talented up-and-coming actors. 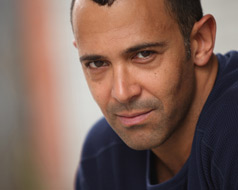 Sebastian La Cause has been working in the business for the two decades. His credits run the gamut from Madonna back-up dancer, to starring in a Broadway show, to supporting roles in indie features, to guesting on the season finale of Homeland. With Hustling, An Original Web Series, La Cause ventures into new waters as a first-time director, producer and director of photography. Taking on new media with an edgy, sexy, funny and poignant tale of a hustler, who wants more from life when he reaches forty.

Born in Australia but raised outside of Chicago for most of his life, London’s love of film began when taking regional classes at the New American Theater at age 10. After graduating high school, he moved to Sydney, Australia where he got his first taste of working in the industry by assisting Producer Brenton Kewley.

Elliot returned to the States in 2002, where he attended Columbia Film School in Chicago. Majoring in Film directing, he continued at Columbia and worked on various student projects as well as interning with the Jerry Springer Show. London’s yearning to work in film was too great for him to remain in Chicago so in 2005, he relocated to Los Angeles. London started in Los Angeles by associate producing the feature film Dirty Laundry that had its theatrical release in 2007. He continued working with Director Maurice Jamal on Ski Trip 2 until he decided to form London Productions to pursue his own endeavors.

In 2007, London created a concept for a new TV series with writer Jennifer Klieman. The pilot Boulevard was London’s directing debut. The pilot had great success with audiences and was considered by a studio. Currently it is being developed into a web series. Boulevard was showcased at the 2009 Cannes Short Film Corner.

In 2009, London continued shooting short films and scored a huge success with 306, a dramatic short that has been showcased in over ten film festivals worldwide. With London directing and the talent of Sandra Valde behind the camera, the film has garnered much praise. This dynamic directing & cinematographer duo are actively working together on future projects. Valde was the DP for Kaboom that screened in Cannes 2010.

In 2010, London had his first opportunity to work on reality TV by shooting DVD coverage for the new Showtime show The Real L Word. London has had many editorials written about his up-and-coming work as a director. He was until recently VP of branding and marketing for TLA Releasing, where he is still a partner.